After rhinoplasty, the most part of patients feels side effects such as bleeding, tenderness, bruising, swelling, redness and discomfort .It's all in the normal range and should subside during a few weeks after procedure. Some side effects like prolonged numbness in nose tip and upper lip and swelling may last much longer up to 1 or 2 years.

After operation you can face such complications as slow healing or adverse reactions to the medications or anesthesia After rhinoplasty blood vessels in the nose may burst, and the thin red lines may appear on the surface of the nasal skin. Though these will usually disappear during some time, but still there is an option that they could be permanent.

Infection is also possible, as with any surgical procedure which needs skin incisions, but the risk is very low- only about one percent. Significant swelling, redness, warmth, or pain in the nose are signs of the infection . Skin death is also possible. While rare in non-smokers, it is more likely in patients who are smokers.

The most expected post-operative complication is an extended period of bruising, which can last for several months after nose surgery. It is primarily common for smokers, as smoking can make the healing process longer. Many patients find swelling to be the longest-lasting side effect. Some residual swelling may remain after rhinoplasty up to six week.

So as rhinoplasty requires an incision on the skin, there is a possibility of cicatrixs. However, as the placement of incisions is inside the nostrils and on the skin separating the nostrils the risk of visible scarring is very low.

If the nose is disturbed or bumped while healing, it can be moved out of alignment, abnormally shaped, crooked or become asymmetrical. This might bring you to revision surgery. Exept aesthetic issues with the nose after operation, structural or functional difficulty are also included in the list of surgery risks. Loss of structural support, trouble breathing ,a perforated septum, recurring nosebleeds , and permanent or temporary numbness are some of the possible risks of a rhinoplasty.

When rhinoplasty is conducted by an experienced and qualified plastic surgeon, possibility of complications are very low and are usually insignificant. However, all surgical procedures might have a risk of complications, a fact that should be discussed with your surgeon before scheduling the procedure. In case you will follow the surgeon's instructions about preparation for surgery and the recovery periods, you can minimize your risks.

If your nose is turned to the left or right, it means that your nasal septum has some kind of deviation, congenital or posttraumatic. Nasal curvature can return again to a lesser degree in 20% of cases after revision nose surgery. It mainly depends on cartilage rigidity and cannot be predicted. Nostrils asymmetry is another big concern, which bothers patients a lot. Basically, it depends on facial asymmetry and doesn't improve after operation.

If you need more information about nose surgery in Yerevan, Armenia, click here to visit frequently asked questions or contact our office to schedule a consultation with Dr. Karen Danielyan. In addition to covering other articles about nose surgery ArzniAesthetica.com contains numerous resources, including a gallery of before and after photos, and other useful information which can interested our patients in this popular procedure. 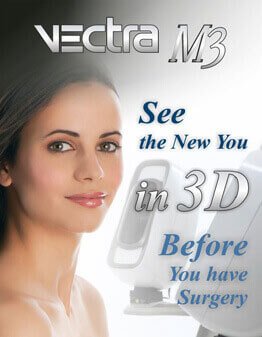